A Toronto, Ontario singer/songwriter with a knack for crafting quirky, yet heartwarming songs, Matt Gerber is known for his ability to capture an audience’s attention with his combination of ukulele, kazoo and clever lyrics.  Growing up in Wellesley, Ontario, Gerber sang in youth choirs and in a Barbershop Quartet.  It was soon after University that he caught the songwriting bug.

By the time 2009 rolled around, Gerber, along with Mel Deogrades, John Prinos, Joseph Shaar and Jamie Birnie had formed the band Thirst and Stop.  Thirst and Stop released their debut album “Airing The Pilot” in December of 2009.  In the Fall of 2013, Gerber released his first self-produced full length solo CD, “Ain’t That Dandy!”.

“Buzz Off Mosquito” – Winner of 2019, Folk Music Ontario Songs From The Heart Award for Children’s Category

“Every Dog Has Its Day” – ISC 2020 Honorable Mention for Children’s song.

Gerber has worn many musical hats including;

Music Director for the long running “Mullet’s Night Show”, a talk-show format live program.
MC for Winterfolk 2020 showcases at the Tranzac Club in Toronto.
Juror for 2020 Folk Music Ontario Songs From the Heart

Gerber is an avid board game player and movie buff, who also happens to enjoy camping in the great outdoors.

Matt Gerber and The Dandy Lions 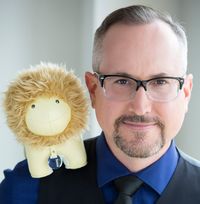 Will be performing a set at Winterfolk XVIII as part of VK Artist Promotion & Bookings Presents. Will be playing from 1:00pm to 2:00pm.